I have a device offline.

I need to run reports to see what the environmental were like leading up to its death.

However, DCE won't allow me to run any reports what-so-ever on the object sensors. The object remains in the system  - and it has been there for a couple years - but I can't access the data.

This implies that DCE is doing nothing but gathering info when we request it - but not gathering the data and storing it itself.

If it WERE storing it itself, then the information would be available.

This would explain why DCE is so dismally slow when I request reports - if it doesn't have the data stored like it should and has to grab it from the requested devices.

What is the situation ?

...I need to run reports to see what the environmental were like leading up to its death.

See my screenshot of the UPS, which died in 2016, but I did not remove it from DCE software:

But even now I can just make a report on its Unplugged sensors, for example for 2015: 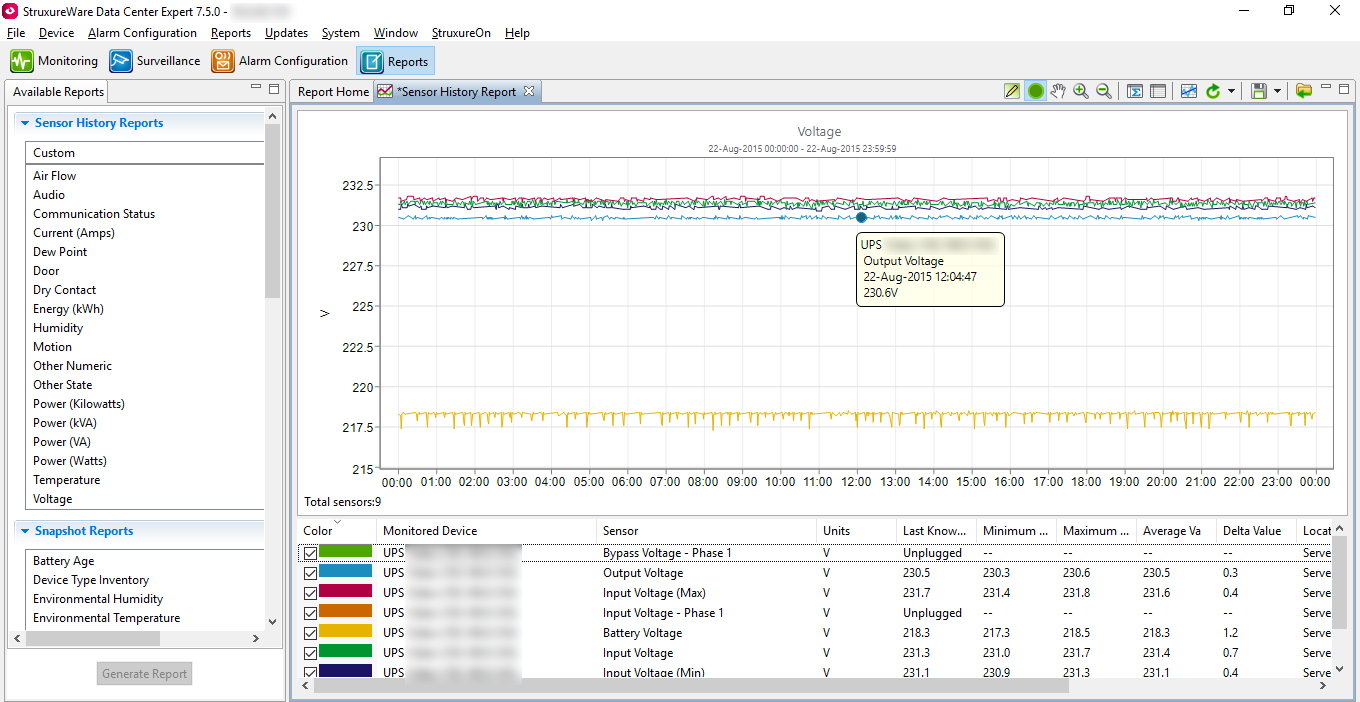 I.e., the history of sensors (even Unplugged) is stored normally and you can make reports on them.

If you have any further questions, please ask.

When DCE runs reports, it is running those reports on the data stored within DCE for the time period that you specify for the report.  DCE does not pull data directly from the devices at the time you run the report, it uses the normally polling interval data.  In my experience there is two possible reasons why there is no data available for that time-frame:

1) The device was in lost communication during the time-frame that you are running the report for.  This can usually be checked by viewing the alarm history of the device within the DCE desktop client.

2) The DCE appliance was low on storage at some point since the time that the device went offline.  This can usually be checked by going to the web interface of DCE and searching the event logs for purge or purging.

Tell us, please, have you solved this problem or not?