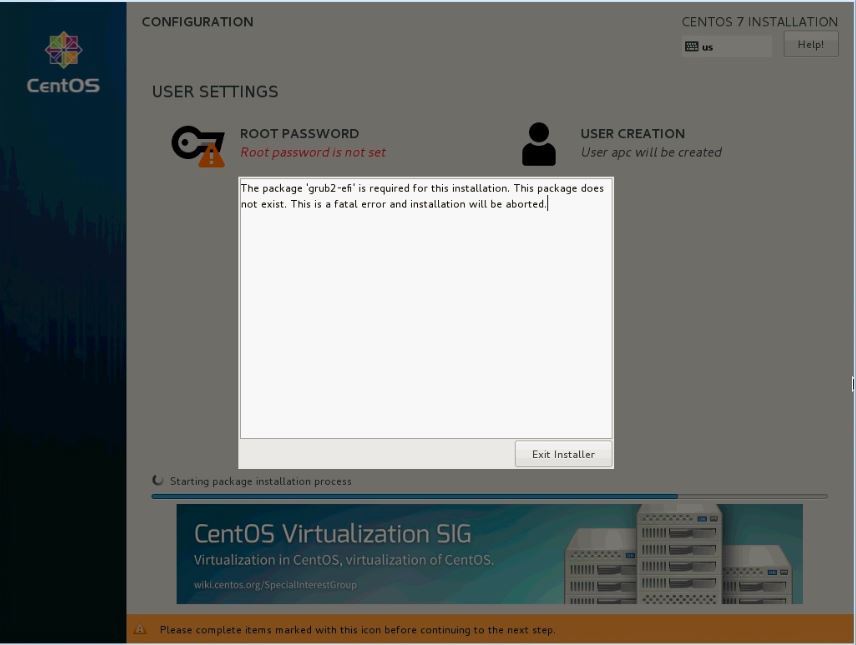 Pls if you can support or any solution you have got ?

Hello Waseem. Can you describe the hardware on which you're installing DCO? If its a VMware guest, is the OS type set to CentOS in the guest definition?

It seems to be hardware related that the installer OS doesn't seem to support.  What is the spec of this server? and the DCO version you are trying to install?

If you are not using 8.1 installer already, then please try that - since 8.1 is shipped with an updated CentOS and it may help, thanks.

But I'm not sure whether it has the updated cent OS or not ?

Pls share the latest download link which comes with updated CentOS (iso image ) i will try that ?

Many thanks for the info - I would suggest trying the latest release, currently 8.1

the current process for getting the download link is via contacting the local tech support, but please be aware that they may need to verify customer support contact, thanks.

Greg Sterling Thank you for your reply

And we are  installing through ISO file

I also became interested in the above mentioned problem and can confirm, that the installation images of the DCO (even the current version of the DCO-8.1) simply do not support UEFI-based BIOS.

I can assume, that the DCO developers primarily focused on the VMware virtualization, where the de facto standard for virtual machines is just legasy BIOS mode, instead of UEFI. Therefore, all the extra rpm-packages from the original OS CentOS-7.3 were simply removed, including the rpm-packages for supported UEFI-based systems.

Thus, it is not exclusively a problem of a server, such as CISCO UCS-C220-M3S. And if the server (for example, CISCO UCS-C220-M3S) allows you to switch the legacy BIOS mode, then the above problem can be simply bypassed and successfully installed DCO.