How to send SNMP Traps to a central SNMP receiver (server)

How to send SNMP Traps to a central SNMP receiver (server)

How would i go about sending SNMP traps from DCE to another server  (SNMP receiver).

My understanding would be to simply discover the SNMP receiver (server) from DCE. Once successfully discovered, DCE will poll the server and send SNMP traps. Please confirm and/or advise.

No need to discover the trap receiver.  This is a simple task in DCE

Thank yo Ed.I have seen this in the user assistance manual but wasnt sure. Will give this ago and feedback soonest. Thanks again.

Thank you guys - Ed and Balaraman. Much appreciated. You guys are awesome. 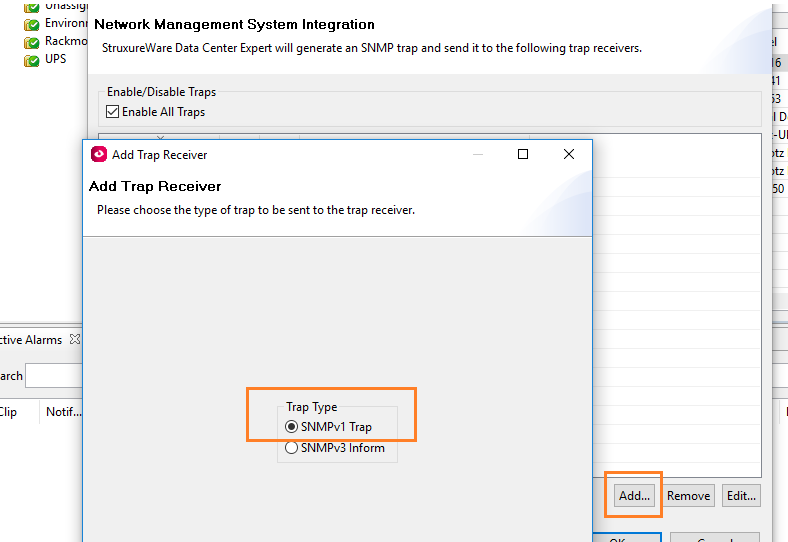 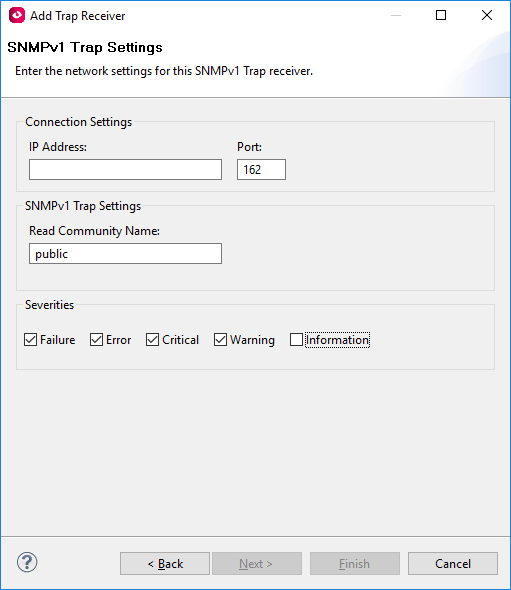 As per K-base ID: FA231439, StruxureWare has the ability to send traps using the "Alarm Action" functionality as well as the "Network Management System Integration" feature. These traps can be sent based upon both manually configured thresholds under the "Threshold Alarm Configurations" tab as well as the normally APC device's pre-created alerts (Essential alerts) that are on the "Device Alarm Configurations tab.

Resolution: There are 2 ways to send traps from DCE. If you are using an alarm action, the traps are being sent as NetBotz traps and would be defined in the NetBotz MIB. This can be downloaded from any NetBotz appliance or from our APC software downloads page.

If you are using the "Network Management Systems Integration" feature, these traps are sent using the powernet mib. This is the regular APC mib. There will be version related info as well so the file name may be something like Powernet411.mib. All of the APC traps are listed under:
.iso.org.dod.internet.private.enterprises.apc.apc#
.1.3.6.1.4.1.318.0

All the traps and clearing traps for StruxureWare are based on the severity levels of the events such as warning or informational such as:
.iso.org.dod.internet.private.enterprises.apc.apc#.isxcInformationalAlarm
.1.3.6.1.4.1.318.0.740
.iso.org.dod.internet.private.enterprises.apc.apc#.isxcWarningAlarm
.1.3.6.1.4.1.318.0.742

The traps also provide additional information / arguments as described in the mib:

I hope this helps.