Since the DCE7.4.3 update we have seen some anomalies with some sensors on PX500 UPS's 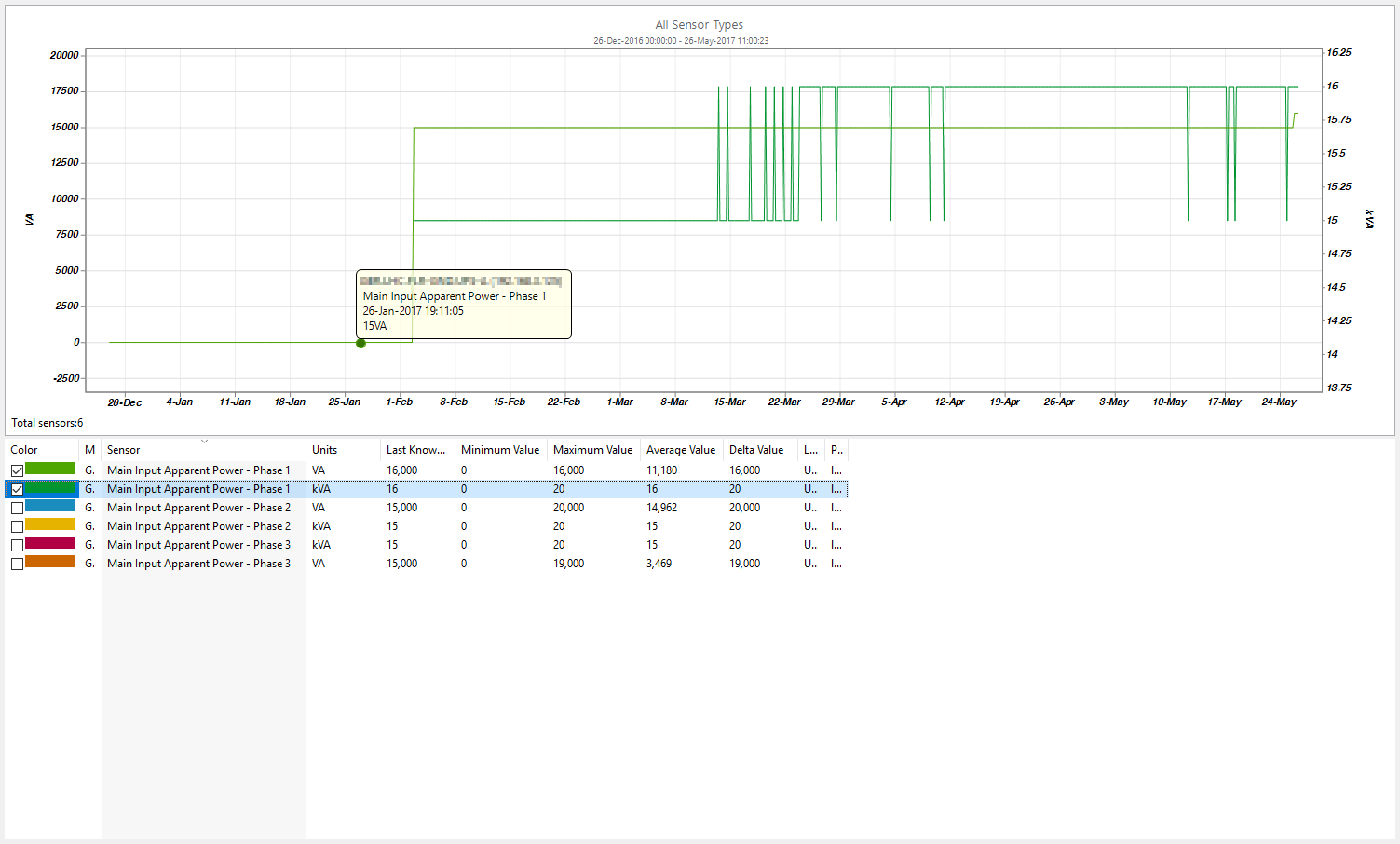 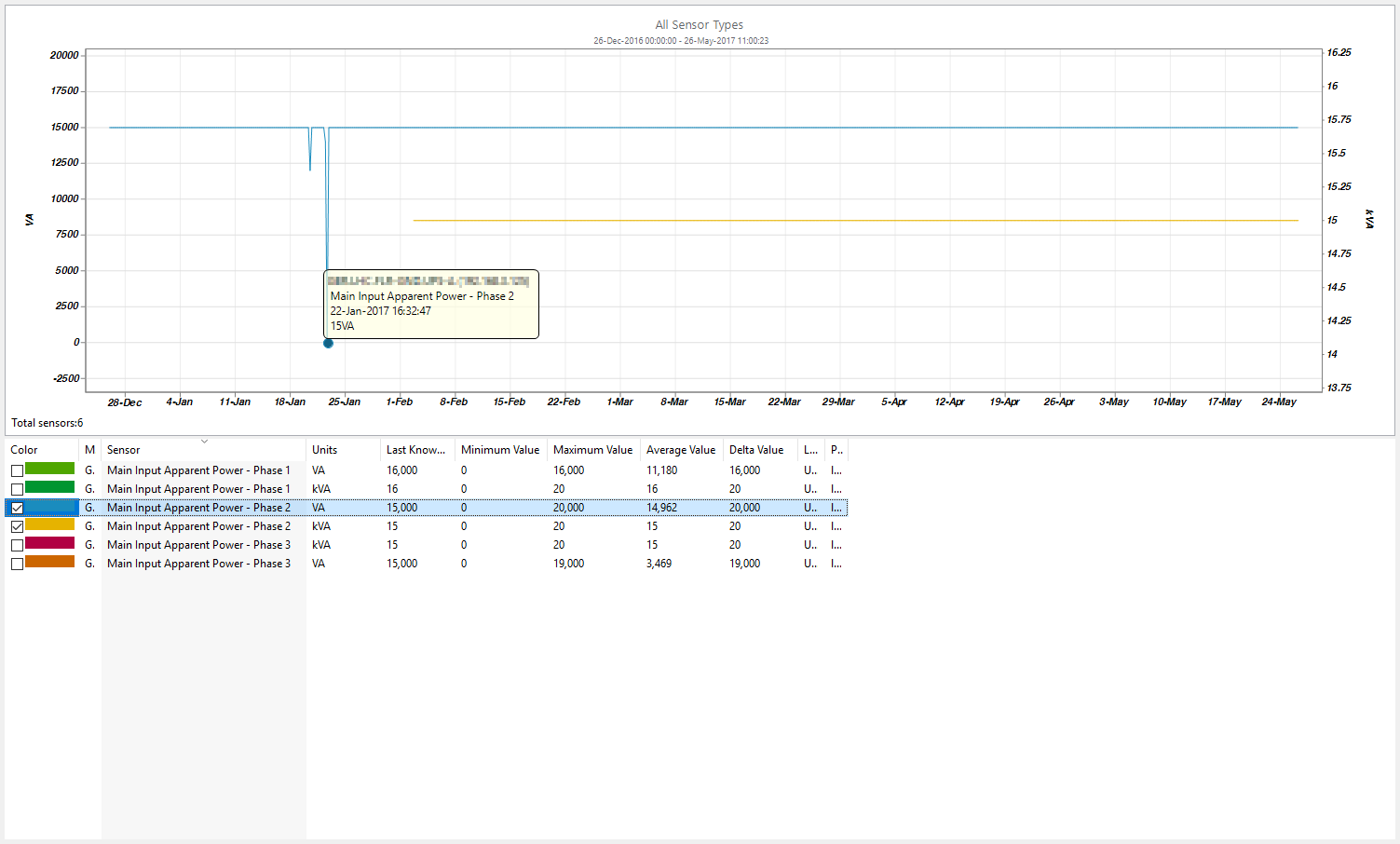 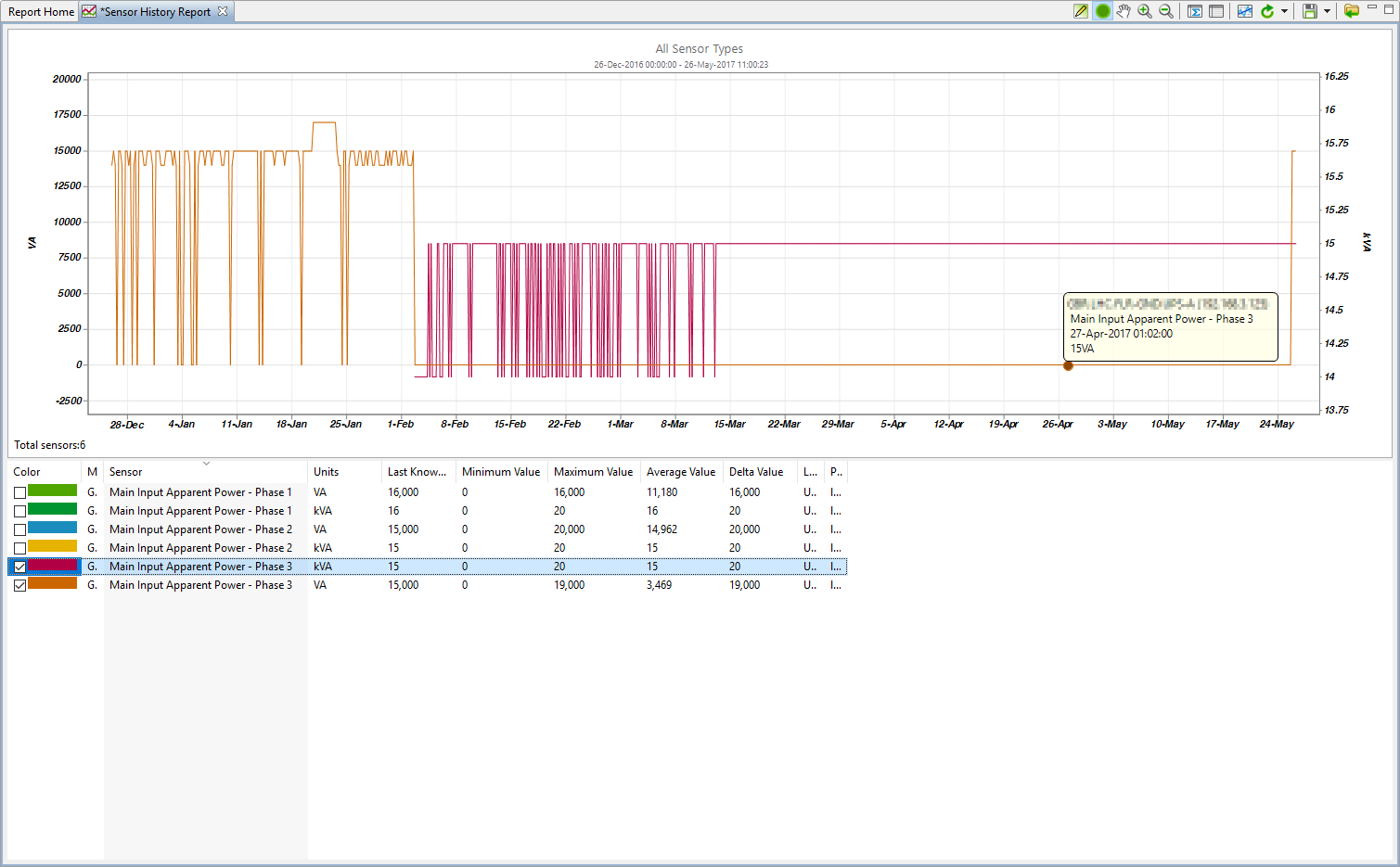 These seem to have replaced data between the date of the 7.4.2 update and the 7.4.3 update with a flat line. 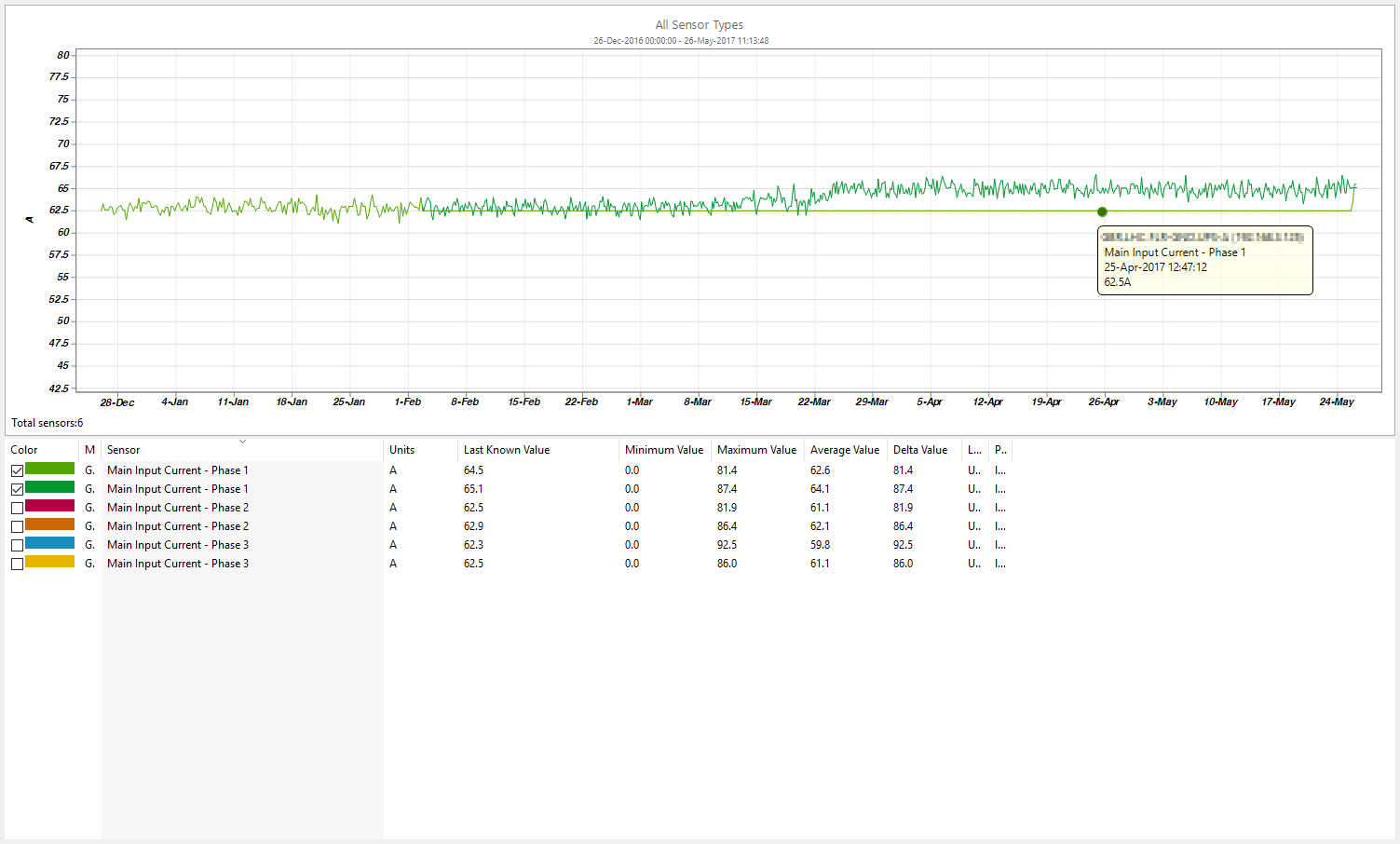 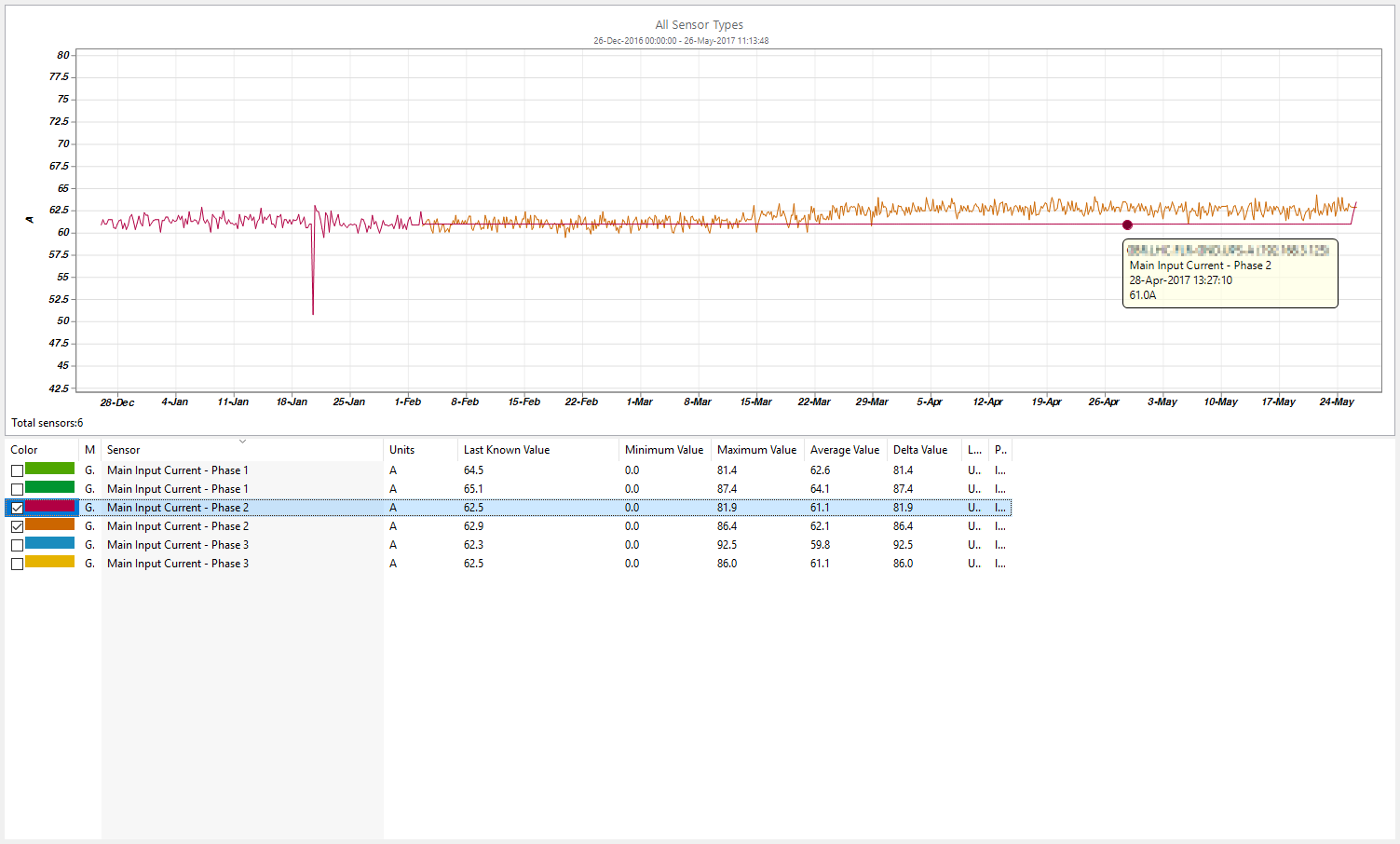 Can I really trust the historic data anymore?

Does this have a knock on effect to DCO?

Is this likely to be correct in another DCE update in future?  Although I don't see how the data can be correct once it has been 'corrupted'

Can i remove / purge data just for a particular sensor or device without deleting and rediscovering the device?  I don't want to delete the device as I will have to re configure a number of icons on maps and threshold alarms.  A lot of work.

Is anyone in Schneider investigating any further sensors or devices that may have the same issue?  Frankly I don't have the time to test your software for you 😉 ...

Since you noted the migration of data, I'm assuming you are aware of the issue with sensors going off-line in the upgrades prior to 7.4.3. Not all sensors were able to be fixed om 7.4.3 and there is a note about that here:

My point is that the historical data in both the unplugged sensors and the 'corrected' sensors is not maintained, it is actually wrong.  It could very easily be argued that incorrect data is worse than missing data.

I want to find out if I can delete the data in the 'corrected' sensors (the ones that are not showing unplugged), because I don't want erroneous data in the history graphs.

Also this page does not answer the question - Does this historical data have a knock on effect to DCO?

There is no way to delete the data for an individual sensor that is currently listed but not unplugged. You could disable/reconfigure SNMP so that it does not communicate with DCE and when the sensor goes unplugged, you can then delete it. It will of course return once comm is re-established. You could also delete the device and re-add it. If you're running DCO though this causes issues where you'd have to re-associate the device there. In either case, I suggest holding off on this.

As for the graph, I have to look into it. When I get anything more, I'll get back to you.

So I had tested this as well and went through all the upgrades. I too am seeing the sensors available to graph and showing unplugged and showing values in the report when it should not be. I've put in a bug report on this and used both this post and my own server that was able to replicate the issue into the bug.

But my question is somewhat different: why if the sensor is unplugged state (starting from the end of April this year for me), does the sensor report for subsequent periods (for example, May) show the presence of readings from the unplugged sensor? I.e., the readings of this unplugged sensor stopped at the end of April this year for me, and the report shows that they also exist in May with the same value equal to the last measured value in April? All of this is clearly seen in the screenshots Garry Priestland.