I am trying to add some non-APC devices into DCE and experiencing difficulties with either devices not being recognised or the status not being read properly.  We run a mixed estate of a variety of manufacturers (90%+ being APC)

i have tried using the updated APC DDFs available in DCE 7.7.0 and Enlogic DDFs files in the community from other Enlogic DDFs in the hope that whey would be the same or similar.  However this doesn't seem to work.  I have mixed results with devices being recognised and added, but none of the senors appear to be being read.

Will i need to raise a request for new DDFs to be added or can an existing template be ammended?

These are all based on the Netman 204 Network Card.  We are getting very mixed results with the updated Riello default DCE Template.

1) Issues adding devices into DCE via SNMPV3.   By luck they will either be recognised or experience SNMP communication problems.  If our DCE server can't talk to devices I have tried:

-a) Deleting and rediscovering

-b) Changing the SNMP user, password Auth and Password Encryption levels (even going as far as plain text or no passwords)

-D) Rebooting DCE Server (sometimes this will fix one or 2 devices....but then i lose other devices ☹️)

2) Devices will recognise they are a UPS 50% of the time.

3) DCE will read and register some alarms, but once they are resolved, DCE will not update to reflect this.  They also cannot read the Device Alarrm Configurations.

Can be read and recognised properly in SNMP but that's as far as it goes.

I have tried using the NETMAN 204 MIBS that have already been created, but rather than resolving the above makes every APC UPS i have believe it's a Riello Netman204 which is not what i need.

I have all the MIBS and SNMP Walks if i need to raise new DDFs.  Like the Enlogics though, I wasn't sure if this could be resolved by ammending an existing DDF or not.

Any help and advice would be appreciated.

Regarding 3rd party UPS and DCE software: see my answer from topic :

Since you are connecting 3rd party UPS to DCE software, first I highly recommend updating your UPS MIB DDF-file.

Next, please tell us which version of DCE software you are using?

And, in addition, please show a screenshot of the SNMP DDF-files installed in DCE software (their names and versions, a complete list). 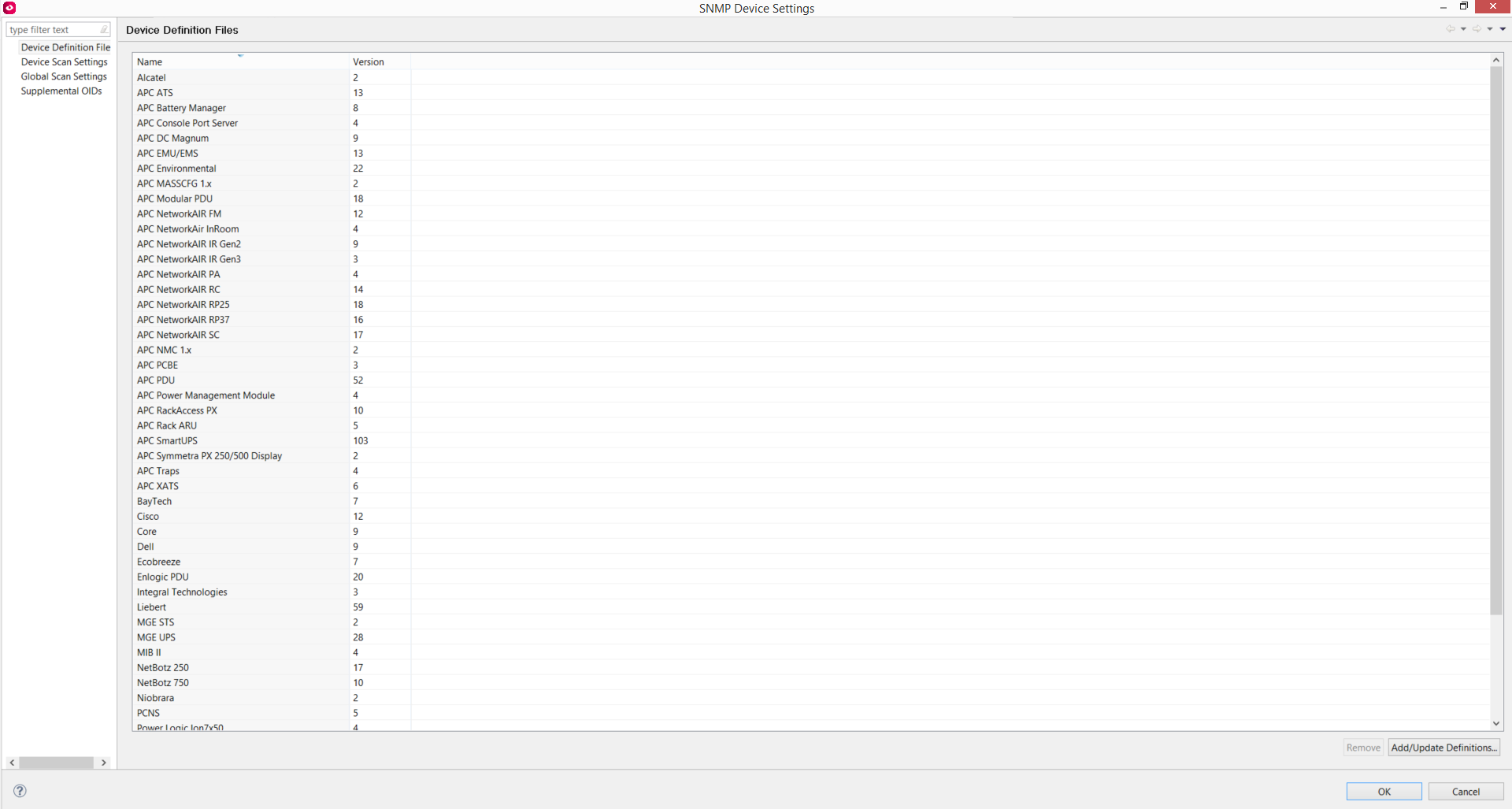 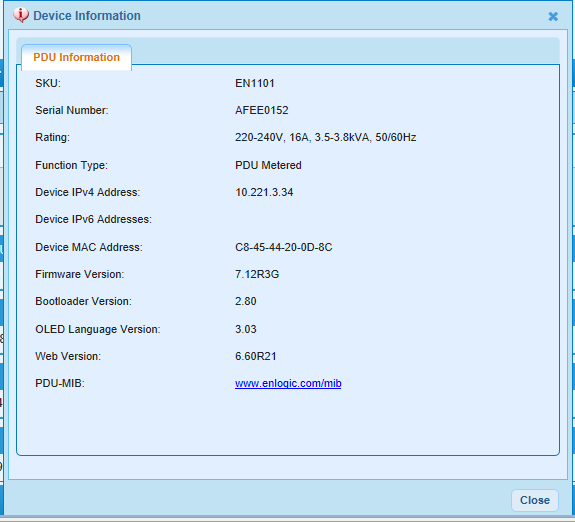 After some further digging, some of the issues may/may not also be related to the Riello Fimware version we are using on our devices.

Is it worth me upgrading straight to this or to a different version?  As we are looking to update to DCE 7.8.0 in January will this change anything regarding which firmware you currently support in your 3rd Party UPS MIB List?

Thanks for your time.

Please look at your e-mail.

Regarding UPS Riello: DCE software upgrade will not solve your problem, especially with SNMP v3 protocol. You've noticed correctly, it may be necessary to bring the firmware version of all your Riello UPS to the latest version and try SNMPv1 or SNMPv2 first.

In any case, you can contact me with questions regarding the DDF-file for Enlogic devices.

Regarding Riello UPS: if this is critical for you, then you need to refer to the DDF resource in order to create a request for modifying an incorrectly working DDF-file. This will be the right decision.

In addition, I want to draw your attention to Charlotte Arroyo answer in post  regarding the details of ordering DDF-files from =SE=.