Asking on behalf of Scott:

Under Alarm Configuration is there a way under both the device alarm and threshold alarm tabs to either query a report for all sensor points with the Enabled Column listed as "No" option or is there a way to filter for only those that are enabled "No".

The only filter options available are those below. 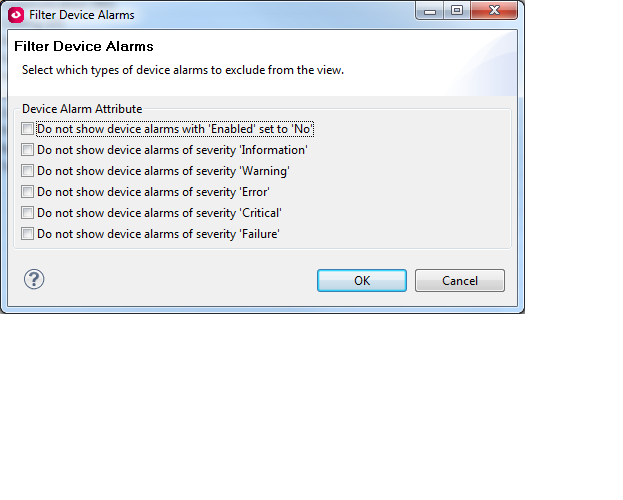 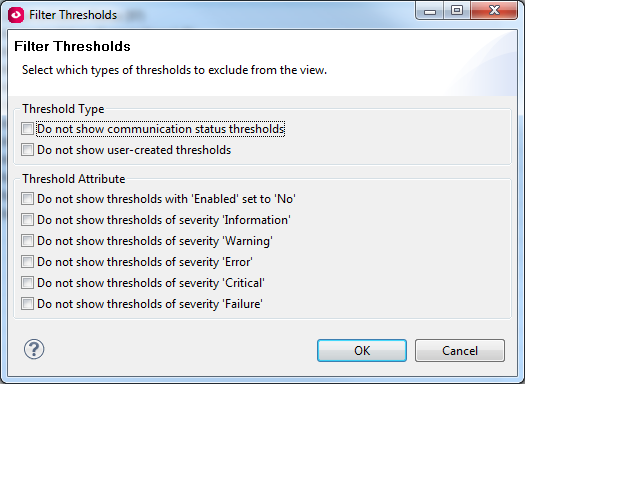 that will take you to these dialogs.

This comment was originally posted on DCIM Support by scott.walter on 2017-08-14

Might I strongly recommend, that with the next software upgrade they either allow the option to query a report for Enabled "No" ONLY! or under the dialog features above they add "Show Device Alarms Enabled NO Only" and Show Threshold Alarms Enabled NO only".  It would be much easier than trying to find the "NO's" across 6,000 sensor points without having to drill down into every sensor value and it's sub points.  I discovered the "NO's" during the last round of device testing that I performed where I was expecting to see alerting and didn't.  Then after my due diligence of going back to investigate further I found sensor values that were in the Enabled "NO" status that should not have been.  I take part of the blame but if this could be checked via query or filter prior to testing it would save a tremendous amount of time.

I can understand how exporting a report for this would be helpful, especially with thousands of sensors. We have a Feature requests form. Would you be willing to fill it out so the development team can review it?

This comment was originally posted on DCIM Support by scott.walter on 2017-08-14

I actually put in an enhancement request on something like this a few days ago. The options in the dialog allow you to not show  enabled = no or disabled alarms but nothing that will show you just show  the enabled = no alarms. My request was asking to be able to do that.

This comment was originally posted on DCIM Support by scott.walter on 2017-08-17

thanks Steve, yes that would be good or to simply export the data to a CSV file and filter that information if the first option you stated is not doable.  I've also brought this to the attention of the technical support team.