Xantrex XW6048 inverter keeps on going offline and online in Data Center Expert causing so many Communication Lost alerts. It continuously goes online for about 5 min then goes offline for 1 minute. Readings are distorted because of this. The readings have to be in real time and available when they are needed.

There are 2 Conext XW 8548 E inverters connected using Xanbus through the Combox. Below is the details of the Conext Combox partnumber 865-1058. 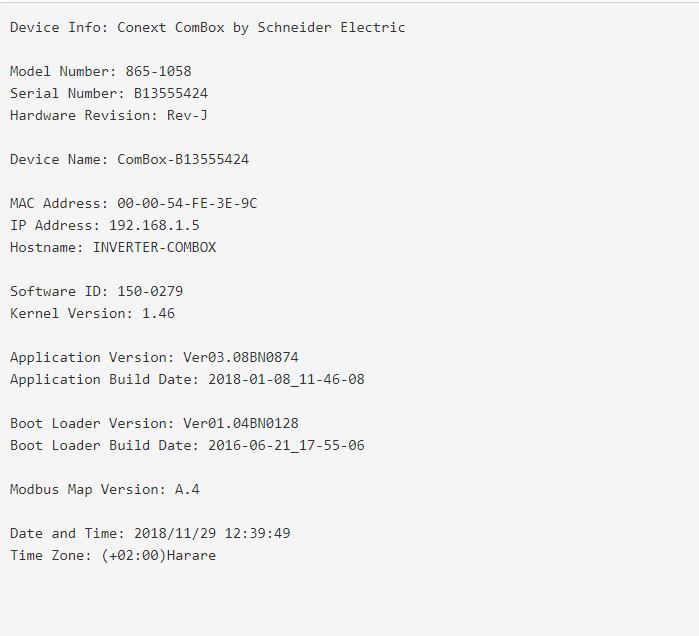 Q1: Are your two inverters connected via two serial lines to the same Conext Combox?

Q2: Is the connection lost for only one of the two inverters or for both?

Q3: The lost of communication began after what events, how long (approximately)?

Q4: What version of DCE software do you have and what version of the DDF-file is used to poll two inverters through Conext Combox device?

Q5: Have you tried to find or view in any way the quality of communication over serial lines between your Conext Combox device and your two inverters? Maybe there are a lot of CRC errors, timeouts, protocol errors?

The more you provide useful information, the faster and better you will be helped here 😀.

Q1: Yes both are connected to the same Combox using Xanbus

Q2: It is coming from both inverters and sometimes they interchangeably loose connection

Q3:  Everything will be fine the after about 5 min the inverters looses connection for about a minute

Q4: Initially there was version 7.2.7 and we upgraded to 7.5.0 thinking the issue would be resolved. I am not sure about the DDF version, its on http://sxwhelpcenter.ecostruxureit.com/devices/view.action?deviceId=Xantrex+XW6048-230-50&vendorId=S...

Q5: If I log into the Combox while it is offline it shows all the data from the inverters including the voltages in real time.

Q4: Can you clarify the name and version of the DDF-file you use, which you downloaded from the Device Support resource and imported into the DCE software? Can you show a screenshot of the DCE software with a complete list of your Modbus DDF-files?

Q3: From the start it was like this. There was no change for better or for worse.

Q4: I'm not sure about the version of the DDF but the name is schneiderelectric_xantrexxw604823050

Q3: Ok, then you should first try to increase the Modbus timeouts slightly when polling your problematic inverter devices. For example, as shown in my screenshot: 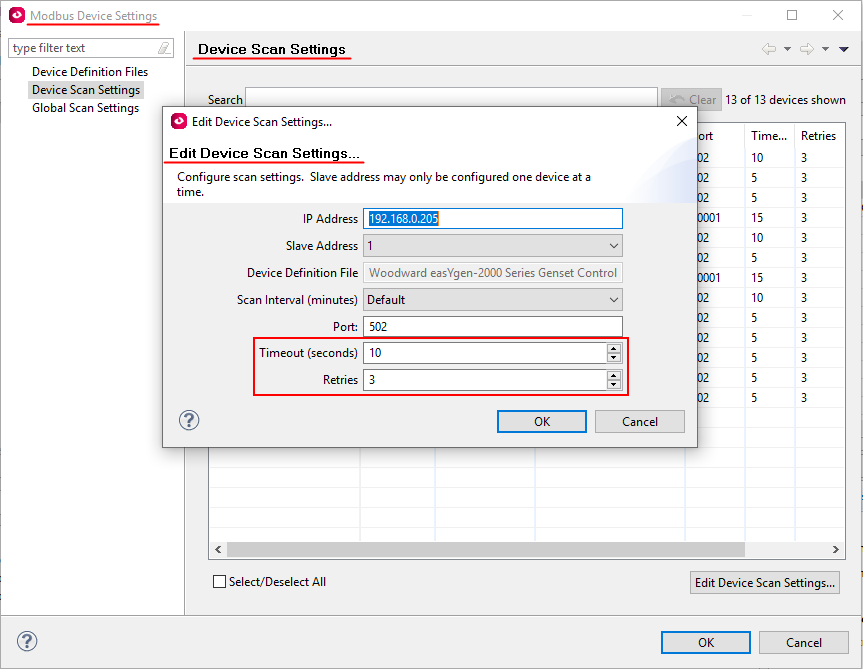 Q4: What is the version of this DDF-file? After all, you can find out this information exactly in the DCE-client.

I want to note, that it is not possible to download the DDF-file for your inverter device from the Device Support resource. It is very strange... Therefore, I asked you for exact information and necessary screenshots.

Q3: I have tried that one before, I set Timeout to 60sec and reties to 5, what can be the best values.

Q4: From Device Definition Files it is written version 1, you can check from the images I sent which is named "DDF files"

Q3: It uses an RJ45 port and an ordinary cat6a cable with a terminating resistor at the end. Everything looks fine in the Combox because it has a GUI with real-time value. I will check if there are ways to check errors in the serial communication. 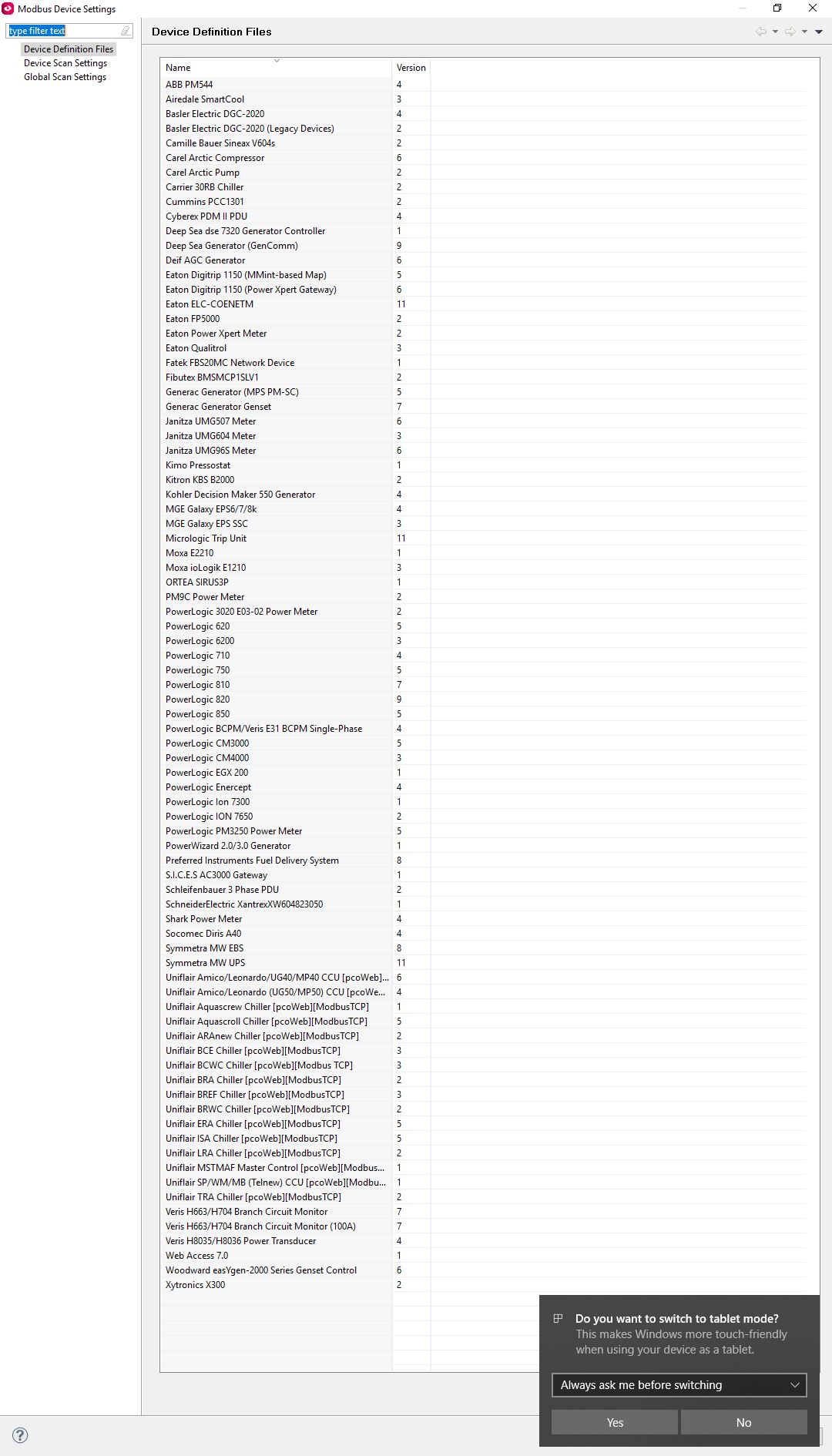 Ok, thanks for the screenshot. I will wait for further information about the serial lines comm settings of your devices.

Tell us please, did you solve this problem or not?

Not yet. The products on are the customer's site and we are still yet to agree on the time to look into it.

I have already received the above Modbus DDF-file and I will wait for news from you on this issue.