DCE-7.7.1: "No Sensor History Available" to display a graph on the web-GUI!

Options
Solved Go to Solution
Back to EcoStruxure IT forum
Solved

DCE-7.7.1: "No Sensor History Available" to display a graph on the web-GUI!

It seems, that once again I discovered a bug in the new version of DCE-7.7.1 ☹️.

The essence of the bug: regardless of the web browser, if you tap on the preview of the sensor in the device, an empty graph window opens, which says that No Sensor History Available. For example, here is a browser window with a list of UPS sensors: 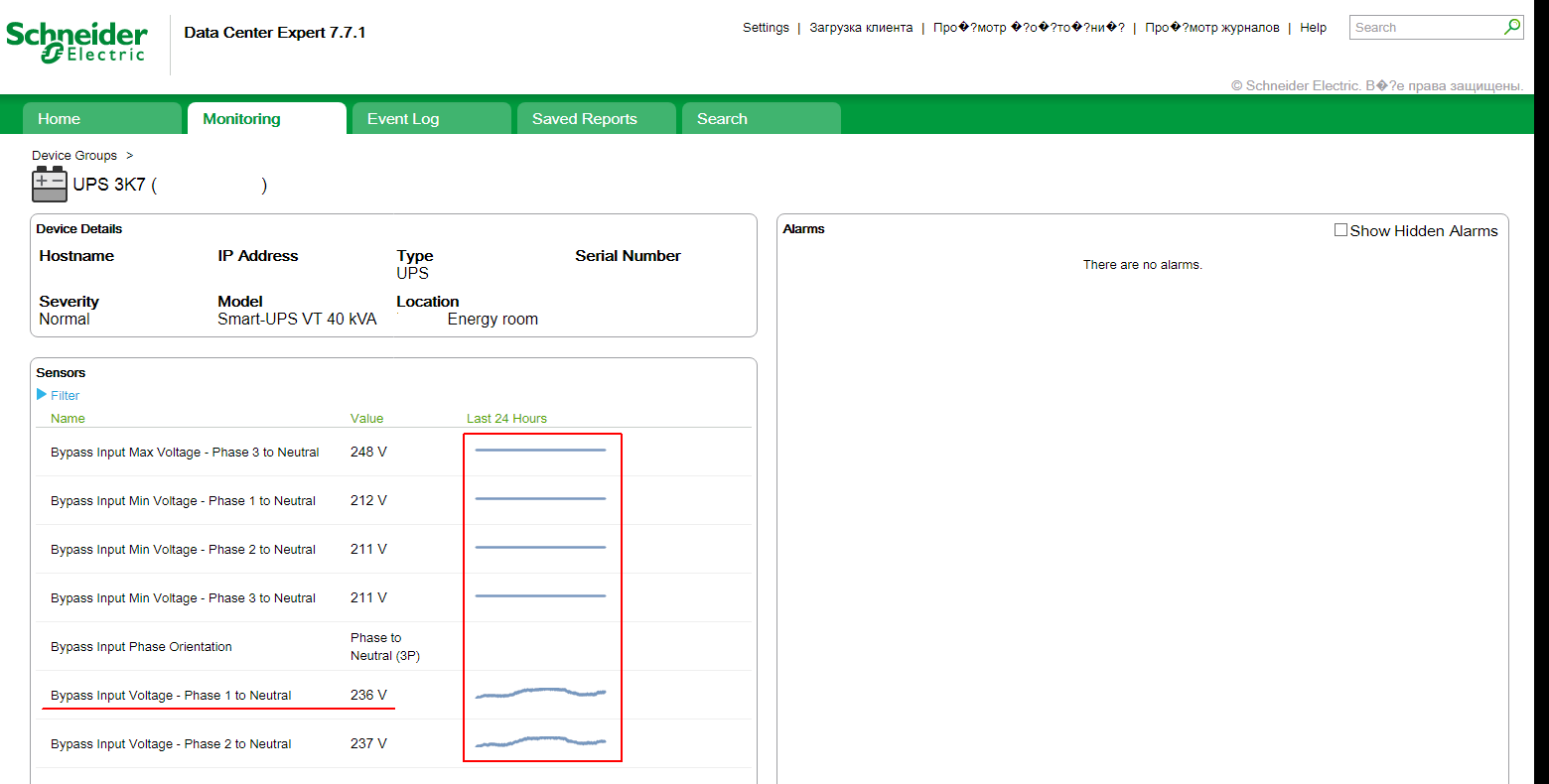 Then I tap on the sensor underlined in red (only for example, a similar problem with all sensors of all devices) and I get an empty graph window: 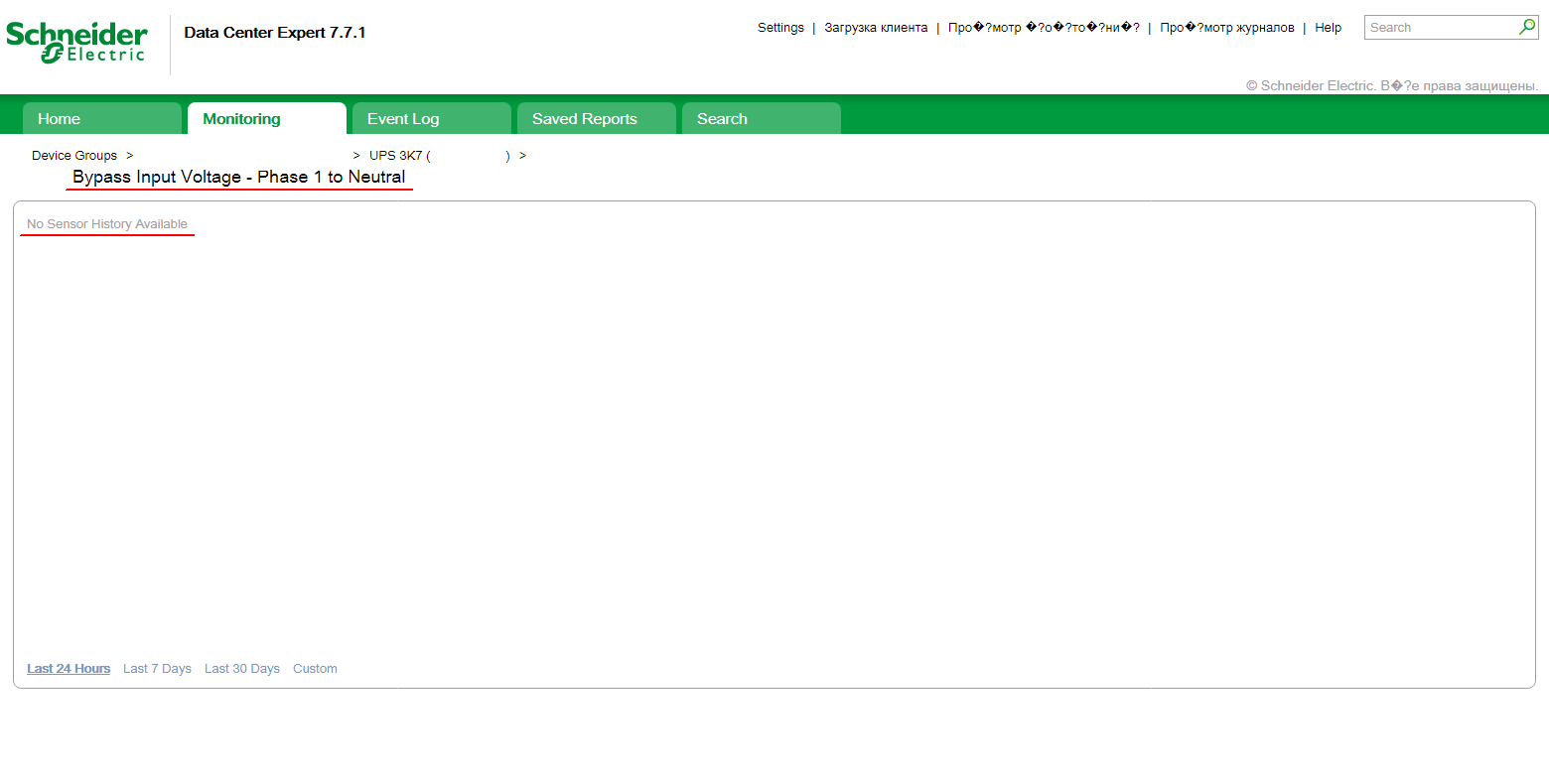 I emphasize, that a similar bug was discovered by me on several independent DCE-servers after upgrading to DCE-7.7.1.

This is very bad ☹️, and I hope that this bug will be fixed in the near future.

P.S.: I was somewhat confused when I saw, that starting with DCE-7.7.1, the DCE-client software is now only 64-bit (for both MS Windows and Linux OS).

I am glad to report, that in the new version of DCE-7.8.0 above the specified bug has been fixed 😀.

I am also experiencing the same issue.  Has there been any resolution to this yet?

My group is also now experiencing this after upgrading to 7.7.1.    This will cause great pain with upper management when it comes time to produce reports and screenshots that they request every month for particular devices for trending purposes.

It does seem that the sensor data is still being collected it is just not getting pulled into the webpage(s).  I say this as I do get up to 8 days worth of trending for the sensors when using the EcoStruxure IT app on my phone or tablet but that still does not give me a workable solution as I need to provide to my leadership trending of particular sensors for the prior month that I in the past was able to screenshot and include in the monthly reports.  Such as what I have included in this reply

In talking with the DCE Tech Support we did some more checking and within the actual DCE Client application (the standalone client) instead of the web based interface that I could actually produce a needed sensor "trending" graph that our upper management requires that I produce for them.  I was also able to confirm that my sensor data is still growing so information is in fact still being collected and stored.    I also opened a case on this : Schneider Electric Case #: 64289846

I am glad to report, that in the new version of DCE-7.8.0 above the specified bug has been fixed 😀.